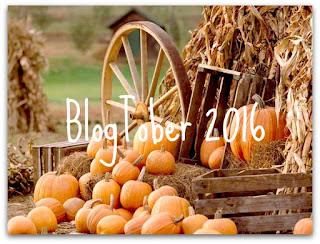 Hey guys its been awhile since I posted and I know that its Blogtober. But college has been so stressful this week and I needed to prioritize. I have papers after papers and a final coming up so hopefully after this week I can finally get back into the swing of things. So without further ado here is Blogtober 13.

Photo and Recipe provided by :http://www.thejennyevolution.com/cheesecake-factory-pumpkin-cheesecake-copycat-recipe-pecans/?utm_campaign=shareaholic&utm_medium=blogger_post&utm_source=blog

Popular posts from this blog

July 14, 2018
Hey guys today I thought I would show you some of my school supplies for this upcoming semester. I am a pre-nursing student so a lot of the items I purchased are mainly for organization. The classes I am taking is Human Anatomy and Physiology 2 with lab and Pharmacology. This semester will be a lot of heavy material , memorization and reading. So I hope you enjoy what I picked out for this semester.

December 07, 2018
Hey guys I decided to commit to Blogmas, which means I will be blogging everyday for the month of December leading up to Christmas. With that being said , a lot of my content will be a variety of holiday theme goodies. I am also going to try and incorporate vlogging into Blogmas. Since its been a while I thought I would start off Blogmas with a Christmas Tag hope you enjoy.
The Christmas Tag
1.  What is your favorite Christmas film ?
Probably This Christmas ,  I love how its so family oriented and chill.  And I love the different Christmas cartoons .  And The Nutcracker I have always been drawn to the dancing and the music.

2. Have you ever had a White Christmas ?
Growing up  I did have a white Christmas , I remember living in Virginia at the time and it was really pretty. Now that I live in a much warmer climate , we normally see just the snow flurries which is pretty awesome as well.

3. Where do you usually spend your holiday?
At home with my family. When we lived closer to my fa…
Post a Comment
Read more